{% set headerFontFamily = "Open Sans" %} /* This affects only headers on the site. Add the font family you wish to use. You may need to import it above. */

After you have updated your stylesheet, make sure you turn this module off

Unless you work at an accounting firm, you probably won’t meet a lot of people that are thrilled about accounting. Loving the mess of numbers and having the skills to make sense of them is a quality that few possess. Here are a few fun facts about accounting that you may not have known before.

- The word “accounting” comes from the French “compter” meaning to count or score. Other accounting terms are derived from Latin, such as “debit” – “he owes” and “credit” – “he trusts.”

-Bubblegum was invented by an accountant! In 1928, Walter Diemar at the age of 23 invented the popular candy by accident. He was an accountant at a chewing gum company and was testing recipes for chewing gums that were less sticky and more-stretchy. This gum was named Double Bubble.

-The first CPA exam was proctored in New York on December 15th, 1896.  Candidates had to answer 10 questions on Accounting Theory.

-Al Capone was eventually caught by accountants. He was thought to be a crime lord and murderer, but he was brought in on tax evasion charges.

-While accounting is typically thought to be a left-brained career, many artists and creative types are actually accountants. A few famous accountants are: Chuck Liddell, Kenny G, Eddie Lizard, Bob Newhart, John Grisham, and Mick Jagger.

In 1921, John W. Cromwell, Jr. became the first African American CPA. Because of CPA requirements, it took him 15 years to become a CPA after graduating college.

We can help with your accounting needs, schedule a free consultation today! 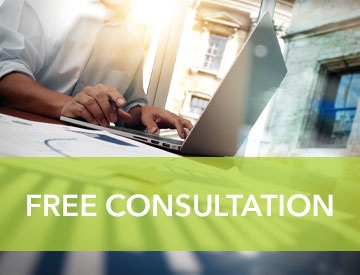